Here in Indiana, there is SNOW in our forecast. And when I think of SNOW, I always think of...


But there is one Snowman that I think of in particular. THE ADBOMINABLE SNOWMAN!!!


Creative Writers, put on your snowshoes and get out your binoculars! We are headed to the Himalaya Mountains in search of the WEEKLY MUSE: The Abominable Snowman, also known as the SNOW YETI!


The Himalaya Mountains are an Asian mountain range that is home to the tallest mountain in the world, Mt. Everest.


The people of Nepal and Tibet (two Himalayan regions) have reported seeing a massive ape-like creature they call a Snow Yeti or Abominable Snowman. This creature is similar to the American Sasquatch or Bigfoot! 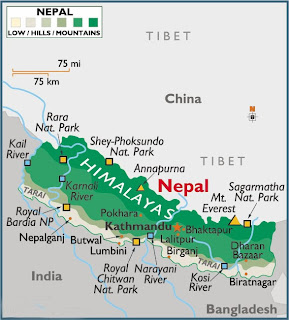 These creatures are considered to be cryptids. Cryptids are animals that scientists have not proven to exist. But many people still believe they are REAL.


Why? Because there are unexplainable footprints or sightings of these animals.


Imagine that you are a Himalayan mountain climber. While you are climbing, you see large footprints. Later, off in the distance, you see a hairy, biped (walks on two legs) creature that is taller than the average human. It runs away – never to be seen again. What would you think?


As soon as you reach the foot of the mountain, you shout to the villagers, “I SAW THE ABOMINABLE SNOWMAN!!!” And they say you are crazy, except a few locals who believe in this cryptid creature.


Recently, scientists have uncovered some evidence that may explain the sightings of the Snow Yeti or Abominable Snowman. Take a look at this video and see for yourself?


Could the Abominable Snowman really be a GIANT POLAR BEAR???


With this new knowledge, what kind of story could you write? Maybe these what if questions will help you get started.


WHAT IF your main character built an Abominable Snowman out of snow? What if it came to life?


WHAT IF your main character went to school after Holiday Break to find that his/her teacher was replaced with an Abominable Snowman?


The possibilities are endless, and please leave your own what if questions in the comment section below. I’d love to see what you come up with.


So, grab a pencil and a piece of paper, and let’s begin. With your imagination, we can go anywhere. I look forward to seeing where you take us.


The word of the day is “abominable”. Here is the definition: repugnantly hateful; detestable; loathsome.
Posted by Prof. Watermelon at 8:49 AM No comments: