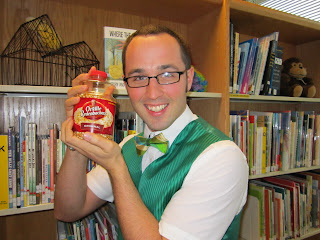 It is very hard for me to go to the movies without ordering a big bag of buttery popcorn. This Thanksgiving weekend was no different.


While I chomped down on the fluffy, yet crunchy goodness, I wondered how popcorn became so popular in America. At that moment, I knew I had found another MUSE!
After the movie, I went back to my writer’s studio to research POPCORN. Don’t’ tell anybody, but I popped another bowlful when I got there. I munched and munched while unraveling the history of this popular snack. Here is what I found:
The oldest ears of popcorn were found in a cave in New Mexico. These ears are believed to be around 4000 years old.
Native Americans were the first to eat popcorn. Some believed that little spirits lived within the corn, and when heated, the little spirits became angry. They would pop out of their little homes and disappear as a tiny cloud of steam.
Some Native American tribes also used popcorn for ceremonial use. The Aztecs wore headdresses adorned with popcorn. They would also decorate statues of the corn god with popcorn.
Traveling closer in time, Charles Cretors invented the first mobile popcorn popper in 1893. People could cart this machine around to fairs and expositions and make a good profit.  This led to increasing popularity of popcorn in America.
During the Great Depression (1930’s), popcorn stayed relatively inexpensive compared to other “luxury” type foods. A struggling family could usually afford the five cents a bag of popcorn would cost.
During World War II, Americans tripled their popcorn indulgence. Since sugar was sent to the U.S. troops overseas, there was less sugar to make candies and other snacks. Popcorn became a quick alternative.
Popcorn was already enjoyed at movie theatres before the invention of the television. Soon, Americans made the habit of eating popcorn while watching their favorite shows and movies at home, too. And with the invention of the microwave and microwavable popcorn, popcorn consumption rose even more dramatically!
Today, Americans eat 17 billion quarts of popcorn each year. That is an average of 54 quarts per person. I’m sure I eat at least double that! (snicker…snicker)
So, how does Popcorn pop, anyway?
Each kernel of popcorn contains a tiny drop of water. This water is stored inside a circle of soft starch. A hard outer hull bundles this soft starch.
When water is heated, it starts to expand. At 212 degrees, the water turns to steam and turns the starch into a gelatinous goop. After the contents reach 347 degrees, the pressure inside causes the kernel to POP!
The gelatinous starch spills out and cools very quickly. This causes it to harden into the fluffy shape we are familiar with. The kernel is now up to 50 times its original size! 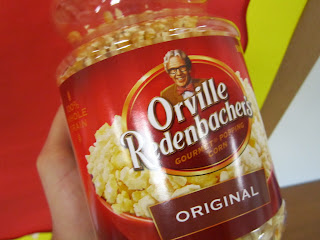 While researching, I also found out that most of the world’s popcorn is grown in the great Midwestern state of Indiana! Indiana is also home to the most famous popcorn man, Orville Redenbacher! I’m sure you have seen his brand of popcorn in the aisles of your local supermarket. Here are his most famous lines:
“My gourmet popping corn pops up lighter and fluffier than ordinary popping corn. Mine is blowing the top right off the popper. Mine eats better, too. Try my gourmet popping corn. You’ll taste the difference, or my name isn’t Orville Redenbacher.”
With this new knowledge, what kind of story could you write? Maybe these “what if” questions will help you get started:
WHAT IF my main character had a magic popcorn kettle? With some magic words, the kettle popped an endless supply of popcorn.
WHAT IF your main character lived on a popcorn farm in Indiana? One night he sees a spaceship land in one of the fields. What do the aliens want with his popcorn???
WHAT IF the ghost of Orville Redenbacher knocked on your door? Would you give him some popcorn to go away? Or would you invite him in to stay a while? What would your main character do?
The possibilities are endless, and please leave your own “what if” question in the comment section below. I’d love to see what you come up with.
So, grab a cup of hot cocoa, a pencil and a piece of paper, and let’s begin. With your imagination, we can go anywhere. I look forward to seeing where you take us!

With Imagination,
Professor Watermelon
The word of the day is “gelatinous”. Here is the definition: having the nature of or resembling jelly or gelatin.
Posted by Prof. Watermelon at 1:58 PM 18 comments:

Once upon a time there was a man. The man loved monsters. He got invited to a science club. The man learned that if you have enough energy to shock a brain of a dead person, it would live again. 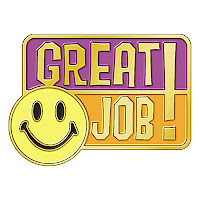 Five years later he built himself a castle. One night he heard a sound that was coming from the basement. He went downstairs to take a look. He saw a dead person in bars. It was saying something. It said “I want to live”.

So, he got a medal bar and stuck it through the dead guys head. He got two balloons and rubbed them together. Just then, a lightning bolt shot out of the balloons. The dead guy hopped up and did the tango with the man.

Then the dead/alive guy said, “Pumpkin!”

One minute later they were watching TV and NASA said that an asteroid was coming towards Earth. So the dead/alive guy got some rocket boots and a ray gun and went into space.

He blew up the asteroid with the ray gun. He went back down to Earth, and a whole crowd was cheering for him. He was very popular. He got a nickname called Frankenstein.
Posted by Prof. Watermelon at 2:31 PM 3 comments: